When Mike Obermueller announced that he would again seek the DFL endorsement for the Minnesota Second District, his message was clear :

As I said back in April 2012, I know what it takes to defeat an entrenched incumbent in a tough district — it takes time and a candidate who simply won’t stop working toward that goal. I’ve done it before and I know I can do it again with the help of all our supporters.
We ended the 2012 campaign with a strong base of support – we came the closest to beating Kline of any DFLer in the last decade and got 18 points closer than in 2010. I’m excited to have the chance to build on that positive momentum. There are no shortcuts to building relationships, so it will take a lot of work both this year and next. But there is no quit in this farm boy, and I intend to finish the job we started last year.

Our country faces serious challenges, but instead of trying to find common ground and solutions, John Kline has doubled down on his partisan agenda. It’s that agenda that has led to gridlock over the past five years. We need leaders in Congress who have better priorities and who will focus on rebuilding the middle class, protecting Medicare, and make sure we get full value for every dollar we spend. That’s why I ran for Congress last year, and that’s why I want to finish the job in 2014.

Running for Congress is hard – but it is incredibly rewarding. In 2012 we tried to pack an entire campaign into just six months, and you realize that there are a limited number of hours in each day. But the people you meet keep you going, and the best part of running for Congress is getting to meet people from all across the district. It’s an incredibly diverse community, but everywhere I went, I heard common themes: people who have worked hard and played by the rules all their lives are being shorted by a broken Washington that is not serious about creating jobs and has contributed nothing but uncertainty to the economy. People in this district want their government to be responsive to them again.

The takeaway is evident — no quit in this farm boy, and I intend to finish the job we started last year.
Notice the “we” … i.e. “We need leaders in Congress who have better priorities”

So, yesterday, Mike was at FarmFest … just as he was last year

when Debate Moderator Tom Rothman announced at the forum that “Congressman John Kline refused the invite from Farmfest” … and just like the previous year, John Kline ignored agriculture … even though the Republican-controlled House Leadership has failed to assign anyone to the House-Senate Conference Committee (FYI: The Senate has named 5 Republicans and 5 Democrats including Minnesota Senator Amy Klobuchar) to resolve differences in extending the five year farm bill.

Look at the pictures from this year’s FarmFest event and you can hear the conversations … a rehashing of that common theme — “people who have worked hard and played by the rules all their lives are being shorted by a broken Washington that is not serious about creating jobs and has contributed nothing but uncertainty to the economy. People in this district want their government to be responsive to them again.” 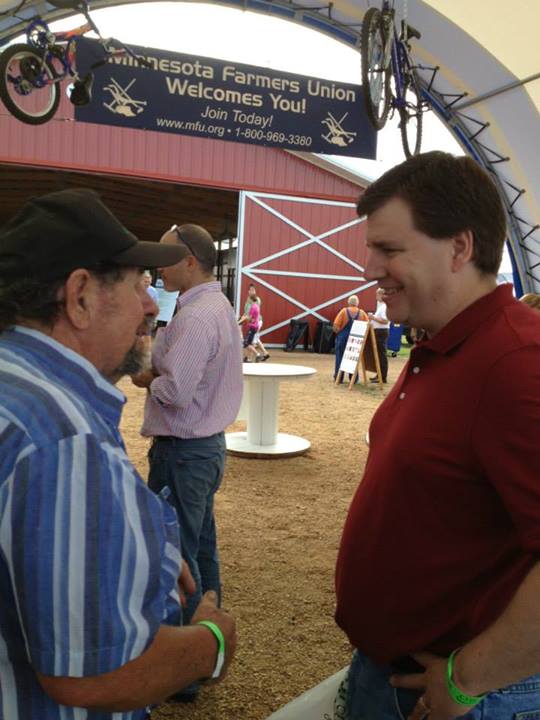 Mike Obermueller outside the Farmers Union Booth at FarmFest2013 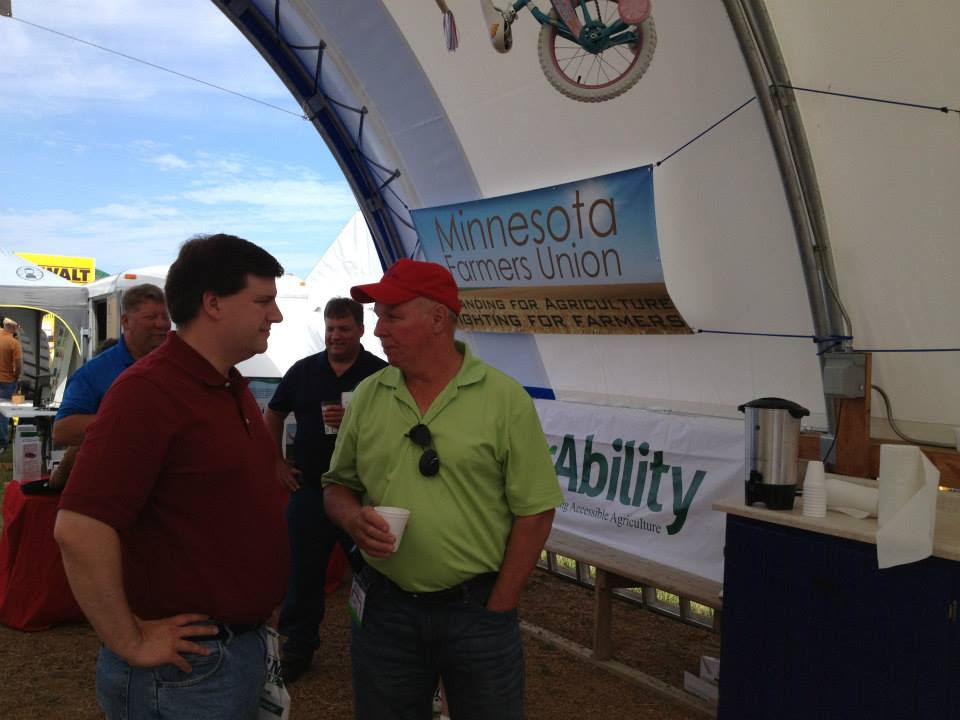 Mike Obermueller at the Farmers Union Booth at FarmFest2013

Everyday, voters are expressing disappointment with John Kline … and he remains locked behind closed doors … seeing only the people he wants to see … and only on his parade schedule.

THANKS, Mike for visiting FarmFest … maybe next year, John Kline might join the forum (assuming that the House Republicans have approved a Farm bill by then.)