I live-tweeted pictures of the press sitting in the roped-off news section of the audience.  Let’s see what those journalists said about Kline, Maher’s visit, and if they mentioned Kline’s opponent Mike Obermueller. 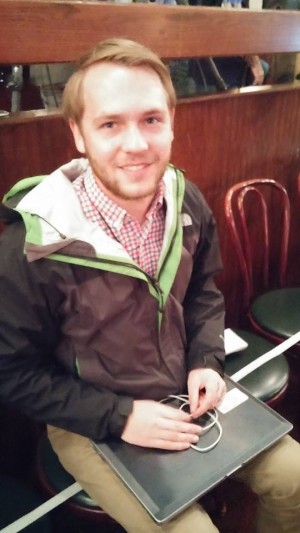 Kyle Potter, AP (that’s Kyle in the image above):

“In a Congress that has some vulnerable Republicans — including one charged with several felonies and a married lawmaker caught on camera kissing a congressional staffer — Bill Maher’s decision to put his comedic muscle behind ousting Minnesota’s Rep. John Kline was a bit of a head-scratcher…

Maher, a self-described liberal, visited Northfield on Tuesday to make his case that voters should dump their six-term GOP congressman this fall. With Republican- and Democrat-leaning panelists flanking him, Maher ridiculed a handful of Kline’s votes and policies — including his support of a proposal to scrap the income tax and replacing it with a 20-plus percent sales tax — as he tried to drive home his message to a friendly crowd.

Maher ridiculed a handful of Kline’s votes and policies — including his support of a proposal to scrap the income tax and replacing it with a 20-plus percent sales tax — as he tried to drive home his message to a friendly crowd. “He never says anything crazy, but he votes exactly like crazy people,” Maher said Tuesday from the Grand Event Center. “ 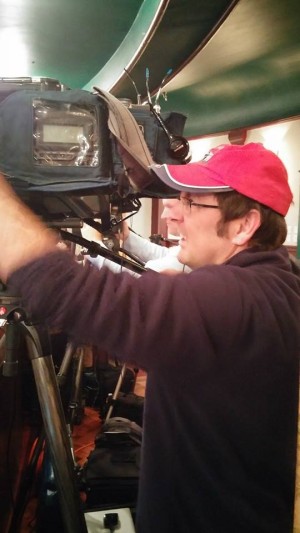 KARE11 (that’s George the cameraman.  I didn’t find a reporter):

Maher invited Kline to the show, but he didn’t attend.  Kare11’s nightly news showed a clip of Kline at a fire station and said here’s Kline, in response to Congressional District 2 residents complaining about Kline being hard to reach.  Here’s the video clip: 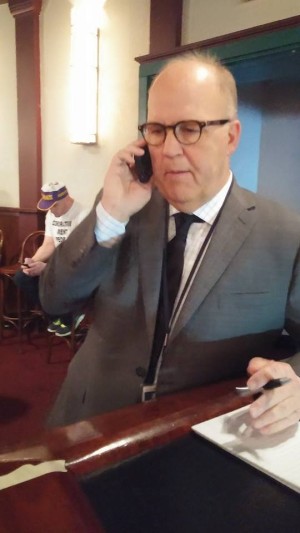 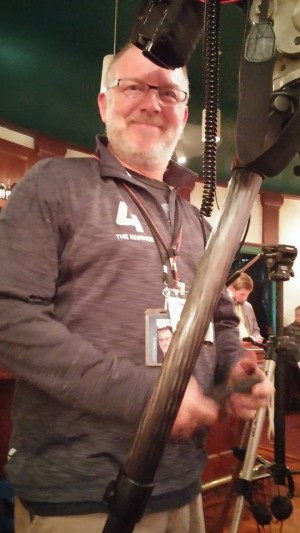 “We don’t think Congress is representative of the people, and so we picked one district to flip, and it’s yours,” says Maher. 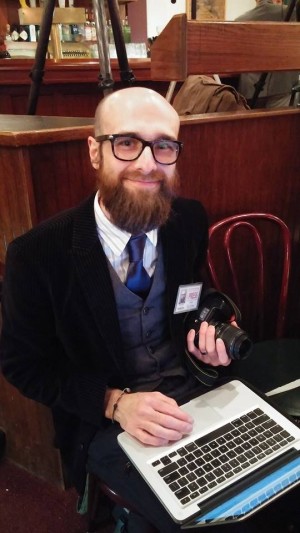 “Anti-Kline demonstrators arrived early in the afternoon Tuesday on the corner in front of The Grand Event Center. The signs they held drew attention to the Congressman’s voting record, as well as his perceived absenteeism from connecting with his constituents.

The four talking points during the hour were John Kline’s voting record on the issues of the environment, women’s equality, student loan debt and workers rights.

More than once, after he read through bullet points of John Kline’s voting record, Maher asked hypothetically, “Does that represent Minnesota’s 2nd?” The crowd adamantly responded with “No!” Toward the end of the event, Maher paused for a moment to directly address the conservatives on the panel by saying, “It’s not really fair for you that the audience is against you.”

Throughout all of the talking points and panelists shouting over one another to make their beliefs heard, Maher tried to keep things light. He often joked at the expense of the conservative panelists much to the delight of the crowd. Sitting closest to Sviggum on stage, the two developed a friendly rapport even though they shared opposing views. It was Sviggum also who was John Kline’s biggest supporter throughout the night, who at one point stated, “You cannot go against John Kline on this issue,” during the discussion of education and student debt.

Area resident Katherine Braaten said that she thought the event was enlightening for people who “were not aware of what John Kline has not done.”

One of the things that Kline has drawn criticism for is receiving campaign contributions from for-profit colleges.

“I think people who support or who take money from places like the University of Phoenix, I think things like that are deplorable,” Braaten stated.

Braaten also said that she thought “there were a few more things that could have been addressed.”

Heather and Daris Larenz echoed that sentiment. After the program had ended, they indicated they would have liked to have heard more from the liberal side of the panel, and that some of the topics could have been discussed for a little longer.” 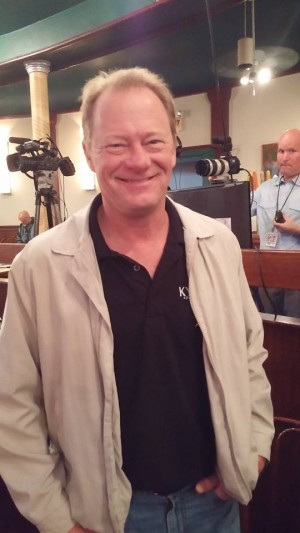 Jeff interviewed Maher and the podcast is online.

“We elect 90 % of our Congresspeople and yet Congress has an approval rating of 8%”, said Maher. “people just don’t understand what their representatives are voting about.

“…We thought if we could shine a light on one district and make people understand maybe the guy that’s representing them does not represent them.  I don’t think John Kline is very representative of Minnesota.”

“John Kline is emblematic of what is wrong with Congress… And to this day John Kline has never refuted anything (we say about him).” 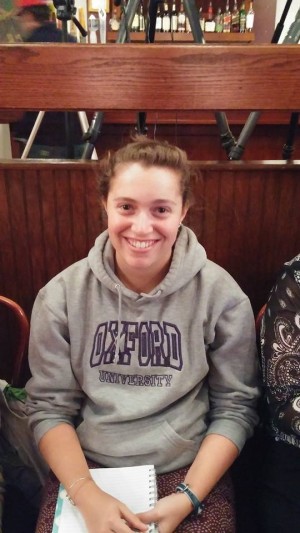 The Carletonian comes out on Fridays.  I wonder what Abby will write? 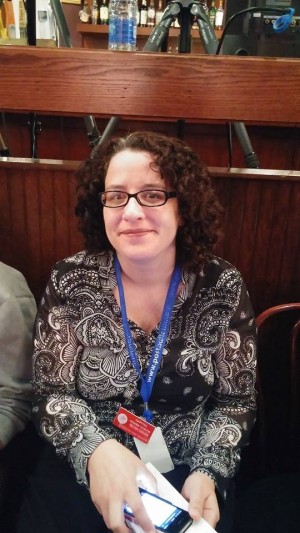 HBO comedian Bill Maher acknowledges he is facing an uphill climb in his quest to oust Republican 2nd District Rep. John Kline from office, but said the congressman deserves to be targeted.

So why Kline? Maher rattled off a long list of positions Kline has taken that he said goes against the interest of his constituents, including raising student loan rates from 3.5 percent to 5.9 percent to help pay down the deficit, opposing the Environmental Protection Agency’s efforts to regulate greenhouse gas emissions and getting rid of the estate tax. He added that Kline has voted against a minimum wage increase and extended long-term unemployment insurance while voting five times to give himself a raise.

“People just don’t know who their representatives are. They don’t understand that they don’t really represent them, and John Kline is a perfect example of that. He counts on people not really getting involved, not understanding his voting record,” Maher said.

“It’s disappointing Obermueller wants to take this race into the gutter and campaign with Maher who compared Kline, a decorated Marine Corps veteran, to ‘ISIS’ and ‘Ebola’ and was previously fired by ABC for saluting 9/11 terrorists and calling our troops ‘cowardly,'” Young said in a statement.