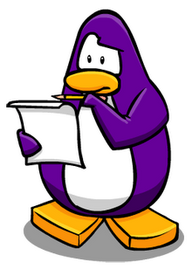 There is nothing so ugly, so anti-family values as conservatives and their bigotry, their desire to harass and abuse people they see as ‘other’ in us vs them thinking. The hypocrisy of claiming family values while hating on other people’s children is stark.

October 8th, the National Review ran a right wing propaganda story with a headline reminiscent of a continuing school issue here in MN:

School Told to Call Kids ‘Purple Penguins’ Because ‘Boys and Girls’ Is Not Inclusive to Transgender
Nebraska teachers are instructed to ask students what their preferred pronouns are.
By Katherine Timpf

A Nebraska school district has instructed its teachers to stop referring to students by “gendered expressions” such as “boys and girls,” and use “gender inclusive” ones such as “purple penguins” instead.

“Don’t use phrases such as ‘boys and girls,’ ‘you guys,’ ‘ladies and gentlemen,’ and similarly gendered expressions to get kids’ attention,” instructs a training document given to middle-school teachers at the Lincoln Public Schools.

“Create classroom names and then ask all of the ‘purple penguins’ to meet on the rug,” it advises.

The document also warns against asking students to “line up as boys or girls,” and suggests asking them to line up by whether they prefer “skateboards or bikes/milk or juice/dogs or cats/summer or winter/talking or listening.”

“Always ask yourself . . . ‘Will this configuration create a gendered space?’” the document says.

The instructions were part of a list called “12 steps on the way to gender inclusiveness” developed by Gender Spectrum, an organization that “provides education, training and support to help create a gender sensitive and inclusive environment for children of all ages.”

And this is making the rounds of right wingnut email as well; it wouldn’t surprise me to see it turning up in the content of the radical religious right in MN, or in the fund raising literature of our own John Kline.

Of course, this is NOT TRUE, as written. Good ol’ Snopes debunked it:

Claim:   A school district in Lincoln, Nebraska has banned the use of gender pronouns and ordered teachers to use neutral terms such as “purple penguins” instead.

A Nebraska school district has instructed its teachers to stop referring to students by “gendered expressions” such as “boys and girls,” and use “gender inclusive” ones such as “purple penguins” instead.

“Don’t use phrases such as ‘boys and girls,’ ‘you guys,’ ‘ladies and gentlemen,’ and similarly gendered expressions to get kids’ attention,” instructs a training document given to middle-school teachers at Lincoln Public Schools.

I just read an article saying that Nebraska will now start requiring that all students be called “Purple Penguins” instead of boys and girls. Is this true? It was on Foxnews.com, so I’m skeptical.

According to that article, educators within the school district had been ordered to refrain from using specifically gendered terms when speaking or referring to students in favor of gender neutral terms such as “purple penguins.” The article made specific reference to materials provided by Gender Spectrum, an organization whose website states a goal of fostering “gender sensitive and inclusive environment for all children and teens.” National Review cited paraphrased materials purportedly provided to educators that painted a picture of a full-scale ban on genders in the Lincoln school district:

“Don’t use phrases such as ‘boys and girls,’ ‘you guys,’ ‘ladies and gentlemen,’ and similarly gendered expressions to get kids’ attention,” instructs a training document given to middle-school teachers at the Lincoln Public Schools.

“Create classroom names and then ask all of the ‘purple penguins’ to meet on the rug,” it advises.

The document also warns against asking students to “line up as boys or girls,” and suggests asking them to line up by whether they prefer “skateboards or bikes/milk or juice/dogs or cats/summer or winter/talking or listening.”

“Always ask yourself … ‘Will this configuration create a gendered space?'” the document says.”

Teachers are encouraged to hang signs on their classroom doors insisting that “all genders” are welcome while discontinuing the time-tested practice of lining boys and girls up separately before leaving class.

“Instead,” the guidelines dictate, “use things like ‘odd and even birth date …’

Educators should prominently display photographs of gender-benders in the classroom, the new policy insists, and give students at least four choices when it is imperative that gender be determined.

Much of the airtime given to the matter of gender sensitivity training in Lincoln framed the materials supplied as mandates or rules imposed on all schools within the district. However, as Brenda Leggiardo, LPS coordinator of social workers and counselors clarified to the Lincoln Journal Star after the issue gained widespread attention, the materials were provided as guidelines for educators to better understand gender identity issues and were not intended to impose rules mandating how those issues should be addressed:

The handouts, provided by a staff member on a district equity team, were meant only for teachers, not for students or parents, she said.

And they were not meant as rules staff had to follow, but as suggestions for how teachers can make students feel comfortable. It also stresses the impact words can have on others, Leggiardo said.

“If there’s a staff member that’s uninformed and unsupportive, that can be pretty scary for a family maybe struggling to understand transgender issues themselves,” she said.

LPS Superintendent Steve Joel also held a press conference to assert that the district had made no changes to their policies and imposed no mandates; the material in question consisted only of suggestions for “how teachers could reach all students in their classroom”:

Lincoln Public Schools Superintendent Steve Joel pushed back against what he said was misinformed reaction to the district’s gender identity training by national commentators and news outlets.

“It’s indeed regrettable that for the last week and a half we’ve had to dedicate as much staff time and resources to address an issue that is not founded in fact,” he said at a news conference.

“Never once has anyone inside our system mandated that a teacher take (the words) ‘boys’ and ‘girls’ or ‘ladies’ and ‘gentlemen’ out of their interactions with children or interaction with adults. There’s no policy, there’s no procedure, there’s no changes being made to bathrooms in schools.”

Fox News and other national outlets picked up on local news reports about the district’s gender identity training, specifically handouts used with teachers at Irving Middle School that included one from the nonprofit organization Gender Spectrum entitled “12 easy steps to gender inclusiveness.”

Joel said the handouts were suggestions and strategies, not mandates, about how teachers could reach all students in their classrooms. The training occurred at the request of an Irving teacher looking for guidance dealing with students.

“This was about adults, professional educators, who care deeply about trying to reach and establish relationships with children,” Joel said. “They are looking for strategies about how to be more effective in the classroom.”

During administrative leadership days prior to the beginning of the school year, LPS officials shared several recent news stories about transgender persons to help administrators better understand the issues that face some students, so they feel comfortable and welcome at school.

How does this relate to John Kline, representing Minnesotans in Congress and controlling the educational policy of the nation?
From the Dignity in Schools Campaign site, whose mission statement says:

The Dignity in Schools Campaign (DSC) challenges the systemic problem of pushout in our nation’s schools and advocates for the human right of every child to a quality education and to be treated with dignity. The DSC unites parents, youth, educators and advocates in a campaign to promote local and national alternatives to a culture of zero-tolerance, punishment and removal.

and the part about John Kline in sharp contrast to Al Franken (hooray Senator Al!):

When the ESEA is brought to the floor of the Senate in either December or January, there is a push to attach the Student Non-Discrimination Act, HR 4350 (SNDA), to it.

SNDA includes comprehensive federal prohibitions against discrimination in public schools based on actual or perceived sexual orientation or gender identity. It would forbid schools with public funding to discriminate against LGBT students or ignore harassing behaviors.

The bill was re-introduced, having not been added in committee in ESEA, by Sen. Al Franken (D-Minn.) and Rep. Jared Polis (D-Colo.). (watch the video, grab a tissue.) Co-sponsored by 34 senators, it needs the approval of 60 senators to attach it to the ESEA before going to the House for a vote before it becomes law.

and from the same source, the callous and shameful comments of Congressman John Kline:

Now is the time to voice to your senators and representative that it is their duty as public servants to serve the most vulnerable of their constituents: LGBT children.

Tell them to get on record now in support of the Senate bill and the version that comes to the House. Any senator or representative that votes against the protection of vulnerable children should not hold that position of trust.

I am a Mom too, with two straight, adult children. I am a straight, Evangelical Christian compelled by my faith to stand for justice and against oppression. The argument of some conservative family groups and lobbies against this bill is the fear that this bill will “victimize people of faith by turning religiously-based, anti-gay comments into ‘thought crimes’ ” (Rep. John Kline R-Minn.). This is fear-based rhetoric. Anti-discrimination laws punish actions, not opinions or beliefs.

Kline, Bachmann, Paulsen, and Emmer if he can succeed Bachmann — every one of these radical rightwingers adamantly oppose any action which would interfere with THEIR religious bullying, in the name of religious freedom. Religious freedom is not a free pass to terrorize and harrass and demean other people, including children. But that is exactly what the right wants, and exactly why they should all be removed from any role in government. But that is MOST true of Kline, chairing the House Committee on Education and the Workforce. Kline wants to permit kids to be bullied, he wants them less safe, he wants to prevent government from protecting them — and if that also means that they get a poorer education, he doesn’t care. Those kids, those families – they don’t matter to John Kline.