April is Autism Awareness Month … with a simple idea … to promote autism awareness, inclusion and self-determination for everyone who has been diagnosed with Autism Spectrum Disorder– with an emphasis on ensuring acceptance and inclusion in schools and communities.

Over the past 10 years, the number of U.S. students enrolled in special education programs has risen 30 percent. Three out of every four students with disabilities spend part or all of their school day in a general education classroom.

For too long, Congress has failed to live up to its commitment to fund special education. This continued underfunding — in combination with current state fiscal crises — forces school districts to either raise taxes or dip into general education budgets to make up for the shortfall, thereby cutting other critical services.

This is an issue that John Kline hears about regularly … and something that was the subject of his April 3rd OpEd entitled (highlights below) :

Regrettably, the last decade has brought steady decreases in the federal contribution. The decline in funding has profound consequences for children with disabilities and their peers. School districts struggle to offer special needs students the necessary placements, support, and services they deserve. General education budgets are cut to make up for the shortfall.

I am pleased to share the U.S. House of Representatives last week passed a budget that included a recommendation for Congress to “prioritize funding for students with disabilities provided under (IDEA)” and “refocus efforts to support existing commitments before entertaining new programs or initiatives.”

Last week, I sent a letter to the House Committee on Appropriations requesting $1.6 billion more than what was allocated last year which would increase the federal government’s contribution to approximately 18 percent, again, matching the highest sustained level provided by Congress.

Although the request still falls short of the federal government’s commitment to special needs children, it would generate significant new resources for all states and school districts and moves us closer to following through on what Congress promised 40 years ago.

If you never read anything else about IDEA funding, you may conclude that John Kline is “listening to his constituents” and “championing needed funding”.

Then again, if you have read about this subject, you know this is baloney, malarkey, hogwash, poppycock, mumbo jumbo or any other nice way of saying that the Selling of Chairman John Kline has pulled the rug over on Red Wing Republican Eagle readers.

According to a report published by Chairman Kline’s Education and the Workforce Committee, in FY 2014, Minnesota had 123,785 special needs students and Congress provided $187.2 million … resulting in Congress underfunding by $289.9 million … yep, that’s right Minnesota taxpayers … you had to make up the difference.

Nationally, according to the Chairman’s report, Congress provided $11.5 Billion and stuck the States with a $17.588 Billion bill.

This year’s letter, Chairman Kline has raised the amount that he wants Congress to provide … to $1.6 Billion … well, either he thinks that he can get more money by asking for more … or he thinks that the shortfall is expanding.

Now, let’s talk about the Republican budget that Chairman Kline so proudly endorses.
It assumes that sequestration cuts will be enacted, and then adds an additional $759 billion in nondefense discretionary spending cuts on top of that. This is the part of the budget that is supposed to invest in education, workforce training, scientific research, transportation, and infrastructure. With those cuts, the budget would be funded at 40 percent below the lowest level in the last 50 years as a percentage of GDP.
Education funding would be cut by $103 billion over 10 years.
That is a 22 percent cut in federal aid.

Chairman Kline fails to mention those cuts … instead uses words like “prioritize” and “refocus” … somehow in the fiscal fantasy world of Chairman Kline, you reduce the size of the pie … then cut the slices so that Special Education gets more money. It’s a great example of Chairman Kline’s leadership … let the Special Ed proponents fight it out with the Head Start, Pell Grant, and other education programs.

There is another solution … a bipartisan solution … H.R. 551 The Full Funding IDEA Act which requires Congress, over time, to increase funding … sadly, that bill is being ignored in committee … the committee is Chairman John Kline’s Education and the Workforce Committee.

Minnesota thought it elected a leader … instead it got a letterwriter … who happens to be pretty good at fantasy fiction as the OpEd title should have been :


John Kline makes NO progress on a good IDEA 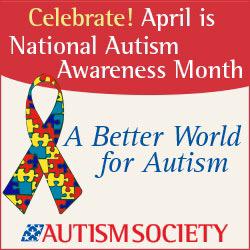