According to Republicans, they are looking out for veterans …

Today marks #ArmedForcesDay. We honor those who answered the call to defend our great nation—today & everyday. pic.twitter.com/CI6x3XRW8G

And Monday, they took action

Yep, no one objected to any of these bills … in fact, some did not even go through committee … just straight for a “We support veterans” show-vote.

See, it is when things go into committee — where money is really spent — that causes problems for Republicans … and exposes their agenda.
As John Kline likes to say, the House needs to “demonstrate a serious, contemplative approach to government spending” that delivers “a realistic balanced budget that reflects the needs of the American people“.
Deciphering Kline-speak, that translates “cut critical domestic programs” — essentially requiring them to bear the whole brunt of deficit reduction.

Take for example, May 13th when the House Appropriations Committee held a markup on the fiscal year (FY) 2016 Transportation, Housing and Urban Development (THUD) Appropriations bill. The legislation provides an increase of only $25 million above current levels.

In an effort to address this, the House Appropriations Committee considered an amendment proposed by Congresswoman Marcy Kaptur (D-OH-09) to provide housing support for at least 22,500 of our nation’s estimated 49,900 homeless veterans.
“Tens of thousands of our nation’s veterans, men and women who have served our country bravely and selflessly, are homeless,” said Representative Kaptur. “At this very moment a homeless veteran is preparing to sleep in a doorway, under a bridge, or in a car. And that veteran is one of thousands. This is inexcusable. We are failing in our basic responsibility to support our veterans. My amendment would have stitched closed one of the biggest holes in our safety net for veterans. Thanks to partisan opposition, that hole remains open and thousands of veterans will be left out in the cold tonight.”
Representative Kaptur noted that the transportation and housing budget proposed by Republicans includes major cuts to federal housing programs that support some of our poorest and most vulnerable Americans. In total, the proposed bill provides roughly 100,000 fewer housing vouchers than the President’s proposed budget. Rental assistance currently supports an estimated 340,000 veterans.
Representative Kaptur’s amendment failed by a roll call vote 29-21 as no Republican supported it.

And it isn’t just ignoring the homeless veterans issue, voters need to be aware of some of the other cuts which are being pushed to satisfy John Kline’s “realistic balanced budget that reflects the needs of the American people“.

— The Section 202 supportive housing for the elderly program is cut from $436 million in FY15 to $414 million for FY16. The Section 202 program’s project rental assistance contract renewal costs would be underfunded by $44 million, which also does not provide for the production of new Section 202 units.
— The bill would fund the HOME program at $767 million for FY16, compared to its FY15 funding level of $900 million.The HOME Investment Partnerships Program (HOME) provides formula grants to States and localities that communities use – often in partnership with local nonprofit groups – to fund a wide range of activities including building, buying, and/or rehabilitating affordable housing for rent or homeownership or providing direct rental assistance to low-income people. HOME is the largest Federal block grant to state and local governments designed exclusively to create affordable housing for low-income households.
— The bill would significantly cut funding for HUD’s Office of Lead Hazard Control and Healthy Homes, from the FY15 level of $110 million to $75 million in FY16.
— The bill would cut the public housing capital fund by $200 million. 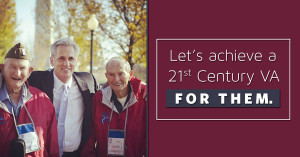