Tip O’Neill may have famously said “All politics is local” but Minnesota’s Second District is soon to find out that Washington is where the money is … and that is where Darlene Miller’s money man is located.

OK … to catch-up for those that haven’t been paying attention to MN02, incumbent John Kline announced in September that he will not seek another term. After some pondering by various local politicians, the field seemed to be settled at four — once Jason Lewis announced on October 12th that he would seek the Republican endorsement.

With John Howe announcing that he would self-finance his campaign $500,000, putting pressure on the other Republican candidates to fundraise. While Pam Myrha’s campaign has indicated a $50,000 contribution quarter, Jason Lewis has issued a press release touting his number of donors, locations, and tally :

Jason Lewis will report raising more than $100,000 in the final FEC quarter of 2015.
Lewis, the last GOP candidate to enter the race in 2015, received contributions from more than 700 donors through the end of 2015 and the average contribution was $133. More than 90% of donations were made by voters who reside in MN-02.

So with precinct caucuses set for Tuesday, March 1st, Minnesota Republicans appeared to be set to start the endorsement process … but that may not be what Washington Republicans wanted.

Miraculously, another candidate has thrown her hat into the ring … on January 6th, the Pioneer Press reports

Darlene Miller, the CEO of Burnsville’s Permac Industries, filed paperwork with the Federal Elections Commission on Wednesday to run for Congress in the south suburban district.

Miller had previously said she was considering the race after what she called an “outpouring of support from Minnesotans asking me to run.” She’s not well-known politically, but has donated to several Republican politicians

Yeah, Miller’s involvement in caucuses, primaries or even political contributions ($250 to John Kline in 2004 and $200 to Norm Coleman in 2008) may mean that she does not have the connections to the caucus goers … but that’s not her plan …
“Because I’m getting into this race late, I think I really need to spend my time and energy on going directly to the primary.”

Candidate Miller has announced her team … with Steve Ralls as Campaign Treasurer.

Yep, in this race, there will be money flowing in … and Washington-based PAC will be providing it … including the US Chamber of Commerce for which Darlene Miller has been featured in various promos.

Hmmm … looks like Second District Republicans will have an interesting choice … do they listen to the 700 small dollar donors who put their money on Jason Lewis, or let Washington pick its candidate ?
And will the caucus and endorsement really matter once Steve Ralls starts issuing checks for campaign mailers that “package” Darlene Miller into the image that they want ?

Just look at her campaing logo … about as generic as you can get … no mention of political party or Minnesota … ’cause she’s a candidate of, and for, Washington insiders. 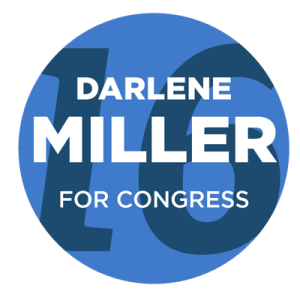