In this week's Correspondence Corner, I discuss #AHCA and blue water Navy vets. Plus a shoutout to @GopherMBB https://t.co/xaPnJwFnlN #MN03

If you read Tom Emmer’s tweet, you probably got the same impression.

This week my colleagues and I passed two bills that will ensure that our nation’s vets receive quality care! https://t.co/78mN5ILJnL

The Blue Water Navy bill (H.R. 299) has grown to 244 sponsors (but not Tom Emmer or Jason Lewis) … and is not presently on the Veterans Affairs Committee hearing schedule … thus no closer to obtaining the President’s signature and the healthcare these veterans deserve.

The two bills that Mr. Emmer hyped have to be put in context. One bill was approved 412-0, so self-congratulations are inappropriate.
The other bill, H.R.1259 – VA Accountability First Act of 2017, was approved on largely a party line vote 237-178.
Since every candidate running for Congress will profess a dedication to helping veterans, when that many Republicans and Democrats vote NO, ya gotta wonder.
This bill is an update from the VA Accountability First Act of 2015 which was approved last session by a larger margin — then garnering the support of 256 Members … and the word from the Senate is that this latest House version will be tougher to sell. Why ? Well, the bill provides for taking back pension benefits — is that fair ?

What neither Representatives have hyped is the GAO report of the Veterans Crisis Line continued failures — reflecting the fact that 20 veterans are committing suicide daily.

Representatives Paulsen and Emmer also have not hyped that the Trump Executive Action has frozen the hiring of any new federal employees … impacting the Veterans Affairs operations … nor have either sponsored H.R.1001 – Veterans Federal Hiring Protection Act of 2017.

What Representatives Paulsen and Emmer have been focused on is repealing ObamaCare … and as Mr. Paulsen heard during the debate in the Ways and Means Committee, veterans will be impacted.
As Tim Walz said, “For many veterans and their families, AHCA will leave them with no affordable insurance options. It is absolutely shameful that some in members of the House feel so strongly about passing such a substantially unvetted health bill that they would put the health of our nation’s heroes at risk. I call on Republican colleagues to immediately address this issue before moving forward with any health care related legislation.”

Yep, the House has spent the last few weeks being consumed by trying to kill ObamaCare, meanwhile the US Treasury has reported that the borrowing limit has been reached and on April 28, the Continuing Resolution that funds the government expires … ya, gotta ask WHAT ARE YOU DOING ?

This week, hopefully, things will get back to normal.
And for normal, that means the Republican-controlled Veterans Affairs, chaired by Dr. Phil Roe TN-01, will get back to ignoring some good bipartisan legislation.

· H.R. 1005: To improve the provision of adult day health care services for veterans

By the bill number, it is easy to see that some of these have been in the Committee for some time while HR 1662 the NO Smoking bill was just introduced March 22 and is being fast-tracked (even though it will not go into effect until 2022.)

HR 1545 is a reaction to the opioid crisis, so quick action is warranted.

Other bills — such as HR 467 and HR 1162 are re-approvals of bills that failed to be enacted last session.

While it’s good that these bills will get a hearing, there are other bipartisan bills that need to be addressed :

These are bills that have bipartisan support … they directly impact veterans healthcare, education, employment or pay … they deserve a hearing and a vote in Congress.

Most surprising is that Congressmen Emmer and Paulsen have failed to sponsor HR 1279 … especially considering the case of Minnesota National Guard veteran Amie Mueller. Amie passed away from pancreatic cancer at only 36-years-old. She was half the age of a typical victim of pancreatic cancer. She had spent 18 years in the military. During that time she did two tours in Iraq, once in 2005 and again in 2007. During that time she was exposed to toxic burn pits. Her family is convinced that her exposure to these burn pits had a negative effect on her health.

The next Congressmen Emmer and Paulsen “I support Vets” clip should simply be a copy of President Trump signing the bill. 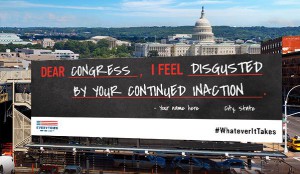