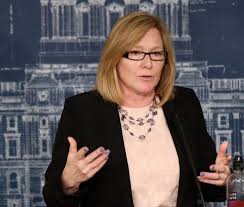 The 2018 session is about to start and we have a unique situation that will make the MN Senate interesting.

Michele Fischbach is the President of the Senate and a State Senator. She is also, right now, the sitting Lieutenant Governor – as stated by the Minnesota Constitution (because Tina Smith moved on to be appointed US Senator).

So, we have a dispute. The Democrats point to the law that states a legislator cannot hold two offices at the same time. The Republicans point to an older law that allowed a sitting Senator to hold two positions – but that was back in the 1800’s. The courts decided to punt it until there is an actual event.

The event begins when the legislature meets and how it will be triggered is anybody’s guess. But it needs to be resolved definitively or there will be all sorts of questionable actions taken by the Senate.

If it is ruled that Fischbach cannot hold her Senate seat while being Lt. Governor, then the Senate is a 33-33 tie until a special election can be held. And there is little chance an election can happen before the session ends.

That would mean that Gazelka and Bakk would have to come to some sort of an agreement as to how the Senate can operate.

My guess is that the Republicans will not take any action and force the Senate Democrats to file a court action. And then they will go into a public relations debacle claiming that the Democrats are doing an “unnecessary” power play. Which once again will be the usual hypocrisy because if you reversed the situation the Republicans would be in the courts yesterday.

My feeling is that the Democrats are going to have to play hard ball here. And they better have their messaging in order. This is a very unique situation and frankly, the Democrats have the law on their side; and should make their case in the courts and to the public.

They need our support on this. The Republicans have played too many games in the past and need to be challenged on this one.

Pay attention and keep up with the facts.