Fun Fact : The “I’m Lovin’ It” jingle used in McDonald’s commercials was based on a pre-existing German campaign originally developed as “Ich Liebe Es.”

Fun Fact : In Germany, new employees have access to an educational program called “McDeutsch“, to help employees improve their German language skills which they can use to progress their careers within McDonald’s or elsewhere.

Because of #TaxReform @McDonalds is tripling the amount of $ workers can get to help pay for college or trade school tuition. My first job was at @McDonalds so I’m glad to see them investing in their employees’ education & help build a strong workforce. https://t.co/8eNBYG7nOR pic.twitter.com/qwpbiFEpP6 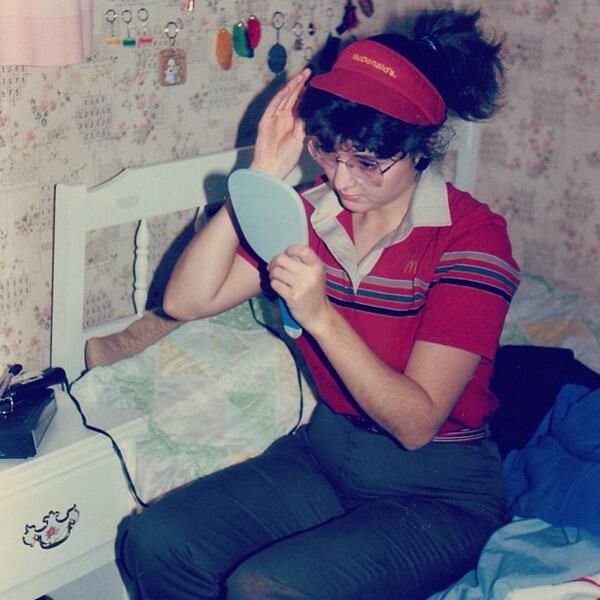 Today's #TaxReform good news: McDonald's — where I worked myself many years ago — is investing $150 million in its Archways to Opportunity education program. https://t.co/HxjwYAQvoF

The #TaxCutsandJobsAct is working for Minnesota.

“Congressman Ryan learned the value of hard work — a lesson that continues to help him in Congress today,” Team Ryan said. The Wisconsin Republican briefly worked at McDonald’s during the summer between his sophomore and junior years of high school as a grill cook — “The manager didn’t think I had the social skills to work the counter,” Ryan said.

Fun Fact : Republicans will base their re-election campaign theme as the “highly successful” #TrumpFamilyAndFriendsTaxCut that has helped working families.

Yep, no doubt that it is true that the Trump Family and his friends are benefiting from the tax cut … and some of it is dripping down to working families … and that is what they want to promote.

So it is with the recent announcement by McDonalds.

NEW YORK (AP) — McDonald’s, citing the new U.S. tax law and the tightening job market, is expanding its 3-year-old education benefits program, tripling the amount of money some workers can get each year to help pay for college or trade school tuition.

The fast-food company is also changing its eligibility rules, which it said will double the amount of workers who qualify to 400,000, or about half the people who work at McDonald’s in the U.S.

McDonald’s also hopes the expanded benefit will help attract and keep workers. Large employers have had a hard time attracting and keeping workers because of historically low unemployment rates.

“There is a fight for talent all around the world,” said McDonald’s Corp. CEO Steve Easterbrook.

The company said it has set aside $150 million over five years to pay for the program.

Hmmmm … the tweet suggest one thing — the GOP Tax Reform is causing businesses to give back.

For McDonalds its $30 million a year ($150/5 years) … but not actually “giving” to its employees … but budgeting that employees could take advantage of the program that could cost $30 million.

Will McDonalds incur $30 million ?
Well, since the launch of Archways to Opportunity in April 2015, McDonald’s has awarded $14 million in high school and college tuition assistance nationwide … hmmmm … $14 million over 31 months equals less than $5 million per year. Even with the increased benefits, the $30 million sounds overstated … but that’s not what the Republicans want you to think.
But McDonalds is giving back … good for them … and for the employees that take advantage of the program.

Yet, there are other factors not recognized in the Republicans tweets …. this program has been around for years … it is a program that has been used in other countries (Argentina, Australia, Canada, Germany, etc.) … and its goal is employee retention.

The fast-food giant created the benefit as a “way to leverage our size and scale as a force for good,” said Lisa Schumacher, director of education strategies for the McDonald’s Corporation. “We wanted it to be unique.”

Altruism wasn’t the only motivator, of course. Like other companies that employ many academically unprepared, relatively low-wage workers, McDonald’s faces a serious retention challenge. It’s a win-win, the company believes, if the tuition assistance program can help an employee stay on the job for more than just three months — a key milestone in the fast-food industry.

The enhance program will now be available to workers after three months of employment (an improvement from the nine months threshold.)

So, is McDonalds really reacting to the Republican tax plan … or to market forces ?

Well, consider that in 2016, Taco Bell launched “Start With Us, Stay With Us,” a plan aimed at creating 100,000 new jobs by 2022. Taco Bell plans to open 250 new restaurants in the U.S. alone, and earlier this month, announced changes to its employee benefit program providing each employee up to $5,250 a year in tuition assistance. Employees will also have the opportunity to earn college credits from on-the-job training, saving them another $5,000 a year.

Yep, the competition for low-wage workers is providing an opportunity for some employers to hype tuition refund benefits.

Of course, as an employee benefit, it means a benefit for the corporation also. The IRS allows employers to deduct funds spent on tuition reimbursement from their taxable income (while some employees may have to pay a tax depending upon how much they received.)

Which brings us back to the title question … actually, The 370 Million Dollar Question.

Let’s look at historical income tax expense for McDonalds and use the lowest payment amount over the past five years ($1.046600 Billion) and assume the maximum corporate tax rate of 35% … and now assume the Republican Tax Reform rate of 21% means the corporation would save $418.640 million.
Hmmm … so McDonalds is allowing roughly $30 million for this improved tuition program … what will happen to the other $370 million ?