At some point you have to pay a price.

In politics, bad policy is supposed to be corrected. The outcry of te public is supposed to matter. This insane idea of separating children from their parents at the border should have been shut down at the inception. Where were the voices of sanity? Are there any?

Today, it is said that Trump will finally sign an executive order to end this policy. (Although we have not had the actual signature show yet). But it has gone on far longer than anyone would have thought. The reactions have been swift and negative but the majority Republican Party could not bring themselves to join those reactions.

They made excuses. They outright supported it. Or they did nothing.

They need to pay a price.

To put vulnerable children at risk is just anathema to all that we believe. At least it used to be. But it is hard to tell anymore, how far this President and his enablers will go to make immigration a house of horrors.

I keep talking about our moral compass. I don’t think I will anymore because the ruling party has none. When they start talking about moral values anytime in the future, I will have to laugh at the absurdity. The policies of Trump are cruel, they are based on false premises, and they are acted upon without so much as an analysis.

I cannot fathom how ridiculous this democratic society has become. When Republicans support child incarceration with a 55% majority within the party, you have to question their basic heart.

This should be a lesson going into November. Do not forget the children crying. Do not ignore the cries of Mama and Papa. I know these kids will never be able to forget how vulnerable and alone they felt. And it will follow them for the rest of their lives – wherever they end up.

I have been frustrated by Republicans. They laugh off our concerns. They equate liberals to lower life forms. And yet, they think that these policies that they support are somehow rational.

They are not. And they need to pay a price for their lack of decency.

Remember the Enablers of Trump: 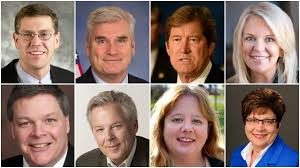 and of course Jeff Johnson and Tim Pawlenty…. 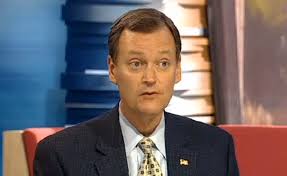 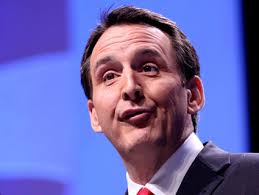