Whatever happened to Minnesota’s self-proclaimed “Math Guy” … you know the one that was concerned about the national debt and preaching that government must do what Minnesota families must do — live within their means.

Fast Forward to July 17th, and the #MathGuy has been replaced by #PhotoOpErik … willing to give tax breaks in exchange for an award. 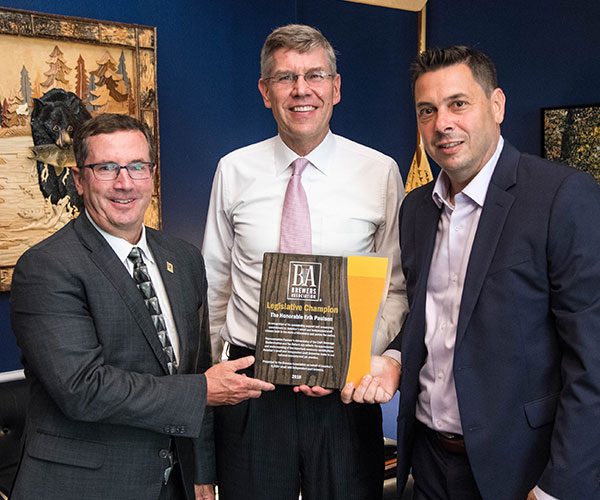 Grateful to @brewersassoc for presenting me with the Legislative Champion Award pic.twitter.com/cgAcV8pwSm

And what did he do to earn this recognition ?

Yep, “Representative” Paulsen is the author of H.R. 747, the Craft Beverage Modernization and Tax Reform Act of 2017 (CBMTRA), which provides excise tax cuts to all sectors of the alcohol industry.
The bill’s name is highly deceiving, as the largest impacts are for distilled spirits and large brewer excise tax reduction, while rewarding some of the top 1% who operate wineries another tax cut.

This analysis identifies the “Big” winners :

OK … so the debt is going up … so what will the members of the Brewers Association be doing with their savings ?

Well, it’s probably what they are not doing … according to a recent survey, half will NOT be hiring any more employees and 30% have no plans to expand/re-invest in their production facilities … and no one mentioned lowering the price that consumers pay.

Remember, this is an excise tax … a tax that is passed on to the consumer.
Remember also, that this excise tax suspension is in addition to H.R. 1, the Tax Cuts and Jobs Act (aka #PaulsenTaxCuts) which reduced tax rates for all businesses.

What ya don’t have to ask is why “Representative” Paulsen would highlight the tax cut for craft beer … it’s all about “mis-Representation” and promoting an image of addressing the needs of the “struggling small businessman”.

Congratulations to “Representative” Erik Paulsen on your award … the voters will surely take this into account on November 6 — Election Day.