Almighty God, we pray, reflect, meditate in different ways, but unite in condemnation when hatred rears its ugly head.
On this date in 1945 we helped convene a court in Nuremberg, proclaiming some actions so inhuman that they are crimes against humanity itself.
We condemned the false belief that any humans are less than human:
“life unworthy of life.”
Such thinking leads to slaughter, even here at home: dead children in their churches, hated for the color of their skin; beatings, killings, lynchings that stained our landscape, and our history, with what poets called the strange and bitter fruit of bodies hanging from the trees; and last month, in a Pittsburgh synagogue, men and women murdered because the shooter thought “all Jews should die.”
God, we know that words and prayers still matter, when they are linked to action, grounded in our Nation’s founding vision: that all are created equal, with rights to liberty and life, rights and dreams we must forever honor, cherish, and protect.
And may we say, Amen.

Hours later, Our President, Donald J. Trump said in a statement that whether or not Saudi Crown Prince Mohammed bin Salman ordered the murder of journalist Jamal Khashoggi, the U.S. will stand by Saudi Arabia.

Representatives of Saudi Arabia say that Jamal Khashoggi was an “enemy of the state” and a member of the Muslim Brotherhood, but my decision is in no way based on that – this is an unacceptable and horrible crime. King Salman and Crown Prince Mohammad bin Salman vigorously deny any knowledge of the planning or execution of the murder of Mr. Khashoggi. Our intelligence agencies continue to assess all information, but it could very well be that the Crown Prince had knowledge of this tragic event – maybe he did and maybe he didn’t!
That being said, we may never know all of the facts surrounding the murder of Mr. Jamal Khashoggi. In any case, our relationship is with the Kingdom of Saudi Arabia. They have been a great ally in our very important fight against Iran. The United States intends to remain a steadfast partner of Saudi Arabia to ensure the interests of our country, Israel and all other partners in the region. It is our paramount goal to fully eliminate the threat of terrorism throughout the world!

One does not have to be of Jewish ancestry to understand the message of Rabbi Resnicoff… those words bring to mind the Velodrome d’Hiver roundup of 1942. When detainees were kept in extremely crowded conditions, almost without water, food and sanitary facilities. Within a week the number of Jews held in the Vel’ d’Hiv had reached 13,000, among them more than 4,000 children. Children between the ages of two and 16 were arrested together with their parents. Among those detained were Jews from Germany, Austria, Poland, the Czech Republic and Russia. Most of the deportees were sent to Auschwitz and murdered. More than 3,000 babies and children were left alone in Pithiviers and Beaune-la-Rolande.
Public condemnation of the arrest and deportation of Jews was primarily sparked by the difficult sight of women arrested along with their babies.

That was people fleeing Nazi persecution … today, the Trump Administration has 14,056 unaccompanied refugee minors in custody.

The statement regarding the slaughter of Jamal Khashoggi was not the last statement of the day from Our President.

Our President, Donald J. Trump was asked about a district judge’s ruling from the 9th Circuit that temporarily blocked his administration’s effort to deny asylum to refugees who enter the U.S. illegally.
Referring to the pardon turkeys, Our President said “Unfortunately, I can’t guarantee that your pardon won’t be enjoined by the 9th Circuit.
Always happens.
All joking aside.
This is a time for Americans to unite together in a spirit of love, understanding and unity and joy, as one very proud American family.”

Of course, some probably do support “Operation Faithful Patriot” at the Texas border with daily costs anywhere between $112 and $143 per soldier per day in operation and maintenance costs alone.

Too bad that those soldiers will likely miss Thanksgiving with their families instead will get to eat “Meal, Ready-to-Eat” rations.

Yep, for our solders and refugees, Thursday will not be Thanksgiving … just another day in Trump Camp. 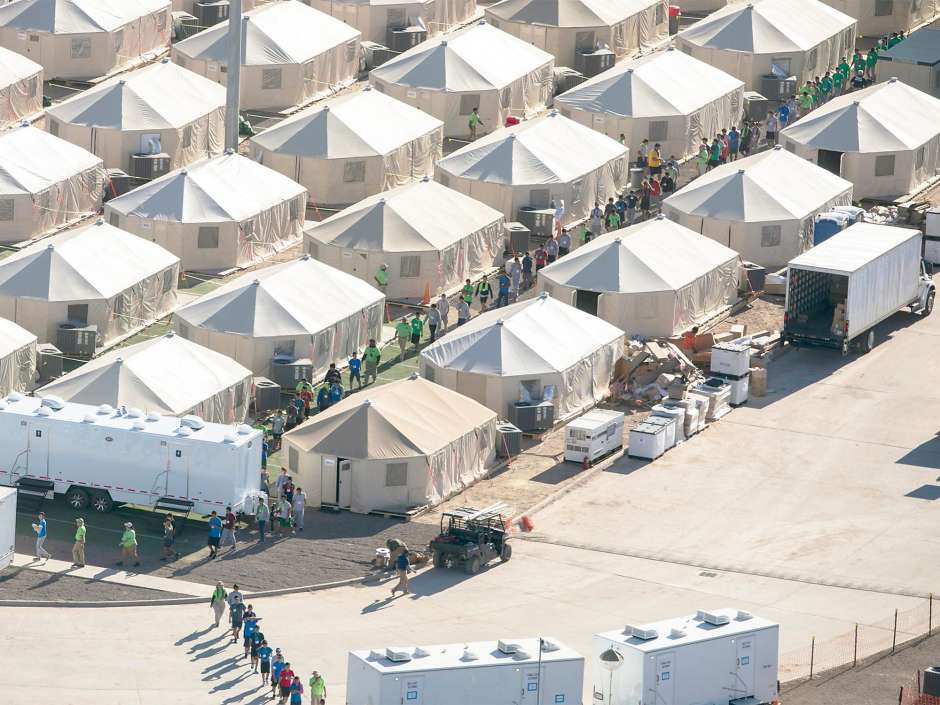