The phrase “Trust but verify” was appropriate in 1987 warned Ronald Reagan after the signing of the INF Treaty with Mikhail Gorbachev …. today, the new phrase is “Never trust Trump, Always verify” … and that needs to apply to his sycophants also.

What does “Lends Support” mean ?
What does “Agreement” mean ?

Let us remember what candidate Trump said in 2016 “The EPA should ensure that biofuel blend levels match the statutory level set by Congress” … which sounds like there should not be any internal debate. 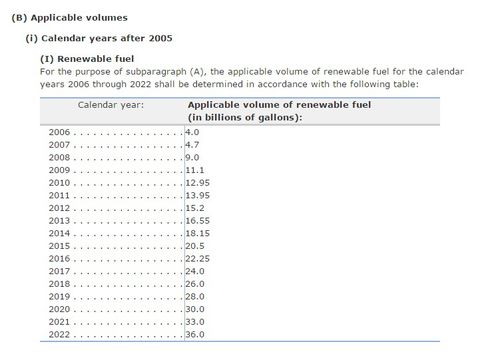 30 billion gallons is the statutory level for 2020 … and the Trump Administration is setting its benchmark at half that ! And less than what was produced during the last year of the Obama Administration.

In 2016, candidate Trump promised “As president, I will encourage Congress to be cautious in attempting to charge and change any part of the RFS.”

Hmmm … so Congress must be “cautious”, what about the Trump Administration ?

In the most recent compliance year, EPA granted 31 small refinery exemptions … which shows clearly that the Trump Administration is favoring oil over farms. The Trump statement acknowledges the grants, yet does not state that that number will decrease (or increase). It doesn’t even state that it will terminate any of those waivers early.

The sad fact is that the Trump Administration has been ruinous for America’s farm families … yet too many will believe the hype and blindly vote for Congressman Hagedorn and President Trump again.

Last reply was 2 months ago