Tonight a DFL Congressional District 2 Central Committee meeting was held at Lakeville’s Heritage Library. The meeting was called after the results of the primary showed that Shelley Madore  won over DFL party endorsed Dan Powers. The committee needed to vote this evening to see if Madore would receive the party endorsement. 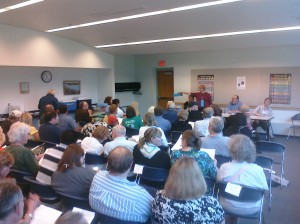 It was great that  Madore and  Powers were in attendance. Both candidates addressed the audience and are ready to work together so that Madore can replace Kline. Its really interesting & exiting to see the political process taking place. I don’t think anyone expected for Madore to make it past the primaries, but she did. After the ballots were cast, with votes counted, Madore received the party endorsement.  It just shows that everyone’s vote counts. It’s important that we all vote, so that the candidates we support get elected. 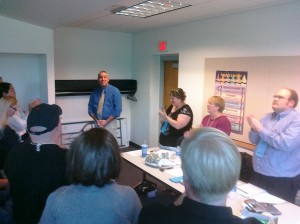 Our political process is what makes our country so great. You can visit a number of different countries around the world and find that its citizens don’t have access to open elections like we do. We shouldn’t take our right to vote for granted. Whenever the polls are open, we need to be voting. 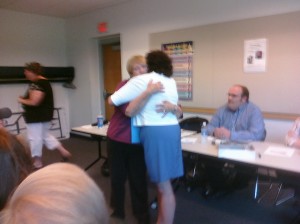 In the Gettysburg Address, President Abraham Lincoln finished by saying that our government was “of the people, by the people, for the people…”. President Lincoln wrote the Gettysburg Address to invoke the nation to the principles of human equality, union, and most importantly freedom. It’s our duty as American’s to uphold these principles. The best way of doing that is by becoming involved in our communities and exercising our right to vote. 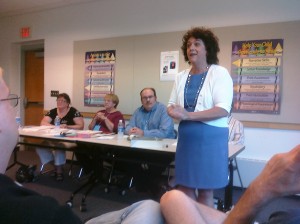