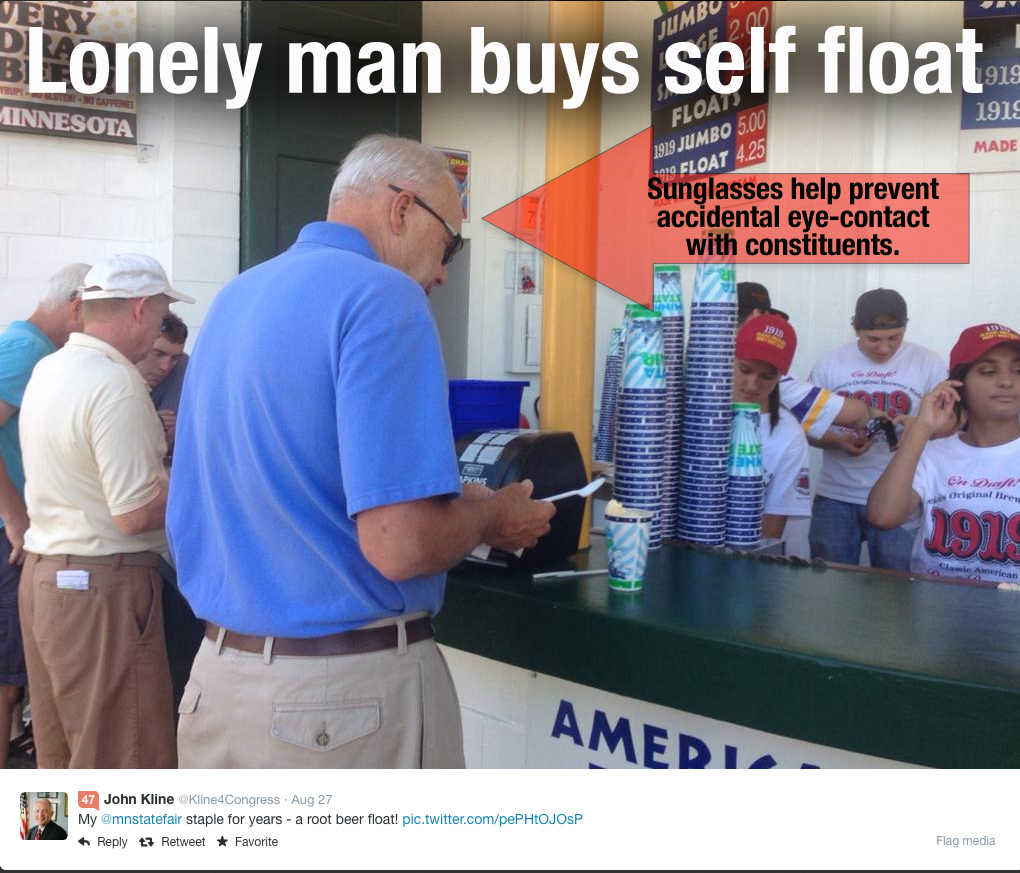 The funny thing about thin skin is how easy it is to get under it.

Another blogger here recently wrote an article  about Rep. John Kline skipping CD2 day at the Minnesota State Fair. The writer rightfully took John Kline to task for missing the one designated day at the State Fair where voters from our  district could reasonably expect to drop by the GOP booth and discuss issues with their member of Congress.

There is no debate on whether Kline was a no show. He tweeted about it himself. As word of the faux pas spread, Kline’s team went into damage control, rushing out 18 tweets hash tagged with the fair, most with photos, in the following days. This compares with zero in 2013 and five brief text tweets in the last election year.

What’s funny isn’t the number of tweets –the funny thing is that he’s so tone deaf that he doesn’t realize that the photos actually reinforce the knock against him: that he doesn’t talk, or more accurately, listen to voters. All of the photos show him with friendly media, another politician, College Republicans, or campaign workers from other GOP campaigns or in the booth. None appear to be of him having a discussion with regular voters.

Kline, who turn 68 this week, seems a little off his game. In his defense, he’s been in Washington, DC for a very long time, and he’s seldom has to endure talking to people below his rank — it’s easy to fall out of touch with regular working families when you simply are no longer aware of them. 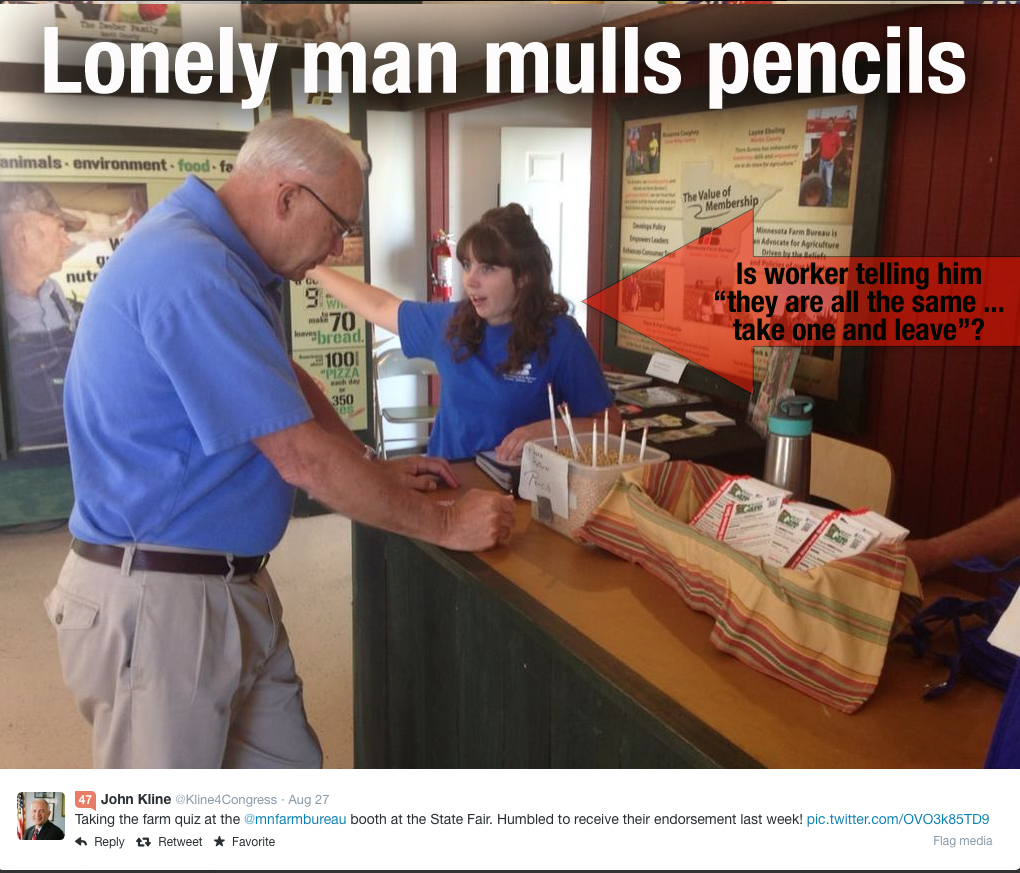 #2 pencil pusher implores aimless Congressman to get the lead out.