The Minnesota Senate voted last Saturday to get behind a new leader, Senator Susan Kent. 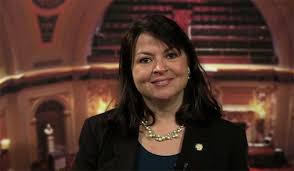 It was a very close vote, which means her task of moving ahead with a unified Democratic caucus will be a hefty challenge.

Tom Bakk went home after the vote and it sounded like he was unplugged for several days. As he comes back, how he responds will be important for the agenda that Democrats need to focus on. 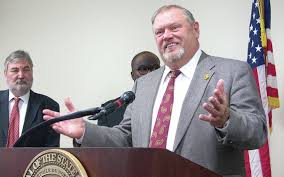 Taking back the Senate majority can be done. The opportunity is very much there, but it will be difficult if the DFL Senate has internal unity issues. The leadership team added Erik Simonson from Duluth and Nick Frentz from Mankato. That adds some geographic balance to leadership….which is going to be a highly scrutinized part of the Senate DFL caucus in this election year.

Republicans will be looking to fray that unity as much as possible. It is rumored that Kurt Daudt has reached out to Tom Bakk for potential “deal making”, and that could complicate session negotiations.

Senator Kent will be tested. Holding her caucus together will take some ingenuity and tenacity. Bakk will probably be the key – he still has a nucleus of Senators who will follow his lead. The DFL will need all its players to work as a team – some will have to swallow their pride – some will have to show some steely nerves and the ability to compromise.

The stakes are high as we have Donald Trump dumping bucket loads of cash into the state to try and complicate the Democratic agenda. Minority Leader Kent is going to need all of us adding our support.

Work hard and remember to vote.